The first principle of Islam :

In Islam, it is believed that there were a series of Messengers starting from the first man on earth i.e. Adam and the last messenger was Prophet Mohammed.  It is believed in Islam that all previous books before Quran were lost either partially completely.

Shahbuddin Mohammed Ghauri; also known as Muhammed bin Sam or Muizzuddin was the ruler of Afghanistan for period 1173-1206.

Five dynasties ruled during this period Dynasty and period Founder 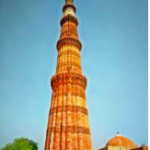 After Qutub-ud-Din Aibak’s death governor of Badayun, Iltutmish annexed throne in 1210. Shamsuddin Iltutmish was the real founder of the Delhi Sultanate. He shifted the capital from Lahore to Mehrauli (Delhi). It was he who gave the country capital, a sovereign state, a monarchical form of government and a governing class or nobility, known as Turkan-i-chahalgani or Chalisa (a group of 40).

He was the son of Iltutmish and was crowned by her mother, shah Turkan after the death of Iltutmish. He was deposed by Razia when he was out of the capital to curb a rebellion in Avadh against him.

After Razia, Iltutmish’s third son Bahram Shah was put on the throne by the powerful Turkish council Chalisa. Bahram Shah lost his life after his failed attempt to assert his authority once on the throne.

He was the son of Iltutmish and was known as the Darvesi King as he was very pious and noble. He died in 1266.

Most important king in this period was Balban:

A grandson of Balban was seated on the throne by Fakruddin, the Kotwal of Delhi who assumed high political authority during the last days of Balban. But Kaiqubad was killed by the Khiliji family, which was the end of Slave Dynasty and beginning of Khiliji Dynasty. 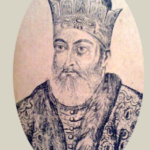 Jalaluddin Khilji founded the Khilji dynasty. Ilari dynasty was overthrown by Jalaluddin Khalji, (Khalji is the name of Turkish Tribe.) He ended Mamluk or Ilbari dynasty and the event is known as “Khalji Revolution”.

He was the first Sultan who went beyond Vindhyas (low range hills in M.P.) up to Devagiri in Maharashtra. Allaudin Khalji led this campaign. He also defeated Raja Ramchandra Dev and looted the palace. Allaudin killed Jalaluddin after he came back to the capital and captured the power.

The most famous sultan was Allauddin Khalji. He was a nephew and sons-in-law of Jalaluddin khilji. He proclaimed “kingship knows no kinship”.  Important areas of his era: Conquests, military reforms, revenue reforms, market control policy, “TurnCoat-Policy”, Cultural development in this period (art and literature, sculptures were notably absent as sculptures are banned is Islam)

This was a very unique policy which was enacted to maintain a large army. Three markets were set up in Delhi:

Amir Khusro was a disciple of Nizamuddin Auliya. He served 5 Sultans of Delhi. He was a historian and wrote a book known as Tughlaq Nama (Ghiyas-ud-din-Tughlaq). Another important book was on Indian culture “Noh-e- Sepehr”.

Ghiyas-ud-din was founder of dynasty and his real name was Ghazi Malik . He reversed policies of Allauddin Khalji’s policies of Kharaj.

He collected revenue which was 1/3 or ¼ of the produce on basis of actual production. A famous fort of Tughlaqabad Fort, near Delhi is credited to him. First marble built tomb was built by him opposite this fort.

According to legend, the Chishti saints disliked sultans because of their opulent lifestyle of the elite.  Relations between Nizamuddin Auliya and Ghiyas-ud-din were not good.

His real name was Jauna Khan. He was most educated and also, the most controversial Sultan of Delhi.

His court patronized scholars from different backgrounds like Jin Prabha Suri ( a Jain Scholar) A traveller from Murakhpur, Ibn-e-Batuta (book Kitab-ul-Rihla) was made Qazi of Delhi and was also sent to China on behalf of the king.

He was the first Sultan who celebrated Hindu festivals. He was a very secular person, he appointed people on the basis of merit instead of religion or ethnicity.

Impact of transfer of capital :

Doab was most fertile land in Indian Sub-continent. He ordered the collection of revenue through land assessment at 50% of produce in this area.There was a huge unrest in Doab region due to this heavy taxation.

Firoz Shah Kotla in Delhi. He repaired Hauz-e-Allai. He repaired and constructed one floor of Qutub Minar . Qala Masjid in old Delhi

MUBARAK SHAH (1421-34):He succeeded Khizr at the throne after his successful expeditions against Mewatis,Katehars and the Gangetic Doab area.

Literary evidence of this period